Aldi to open 130 new stores in the UK

Aldi, the UK’s lowest-priced supermarket, has announced record results for its last financial year, with sales continuing to increase in 2018 as growing numbers of British shoppers switch from the Big Four.

The supermarket – now Britain’s 5th biggest with over 775 stores – gained more market share than any other last year, attracting a further 1.1m shoppers through its doors with its unique combination of lowest prices and award-winning quality, according to Kantar Worldpanel data. It now commands 7.6% of all UK grocery spend.

The same data also showed more customers shopped more of Aldi’s range, with the average number of items bought per trip rising to over 19 – the highest in the sector. Some of its best-performing products were its Specially Selected premium range – which now generates sales of over £1bn annually – alongside fruit and veg, fresh meat and fish, its award-winning mother and baby range and beers, wines and spirits.

Aldi was recently named supermarket of the year in The Grocer Gold Awards.

MP Real Estate are retained by Aldi to identify and secure new opportunities across the eastern region. 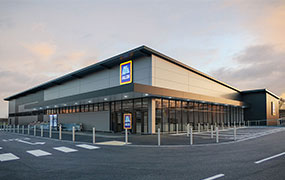 ALDI submit planning at Peterborough One

Aldi have submitted a planning application for a new Aldi store at Peterborough One Retail Park.

The new store will be located on a vacant site alongside Peterborough One Retail Park and next to the Esso petrol station, near the Eye Roundabout.

If approved, this will be Aldi’s fourth store in Peterborough.

Peterborough One Retail Park is anchored by Van Hage Garden Centre with other tenants including Kiddicare, Cotswold Outdoor, Pavers, The Edinburgh Woollen Mill, Bonmarché etc. The development is managed by Targetfollow Estates on behalf of the owners, Barrow Close Investments Ltd. 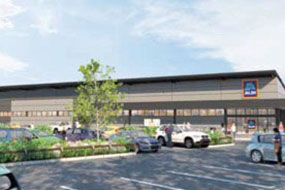 The portfolio is centred on Norwich and includes industrial estates, offices, retail and restaurant investments together with an element of residential property.

The appointment marks a change of strategy from in-house management of the portfolio, bringing a more active approach to asset management and the implementation of a strategy to enhance and grow the portfolio.

Clare College has secured planning permission for a development that will provided 85 student rooms, 15 studio apartments and 14 one and two bed flats on Chesterton Road, Cambridge.

The St Regis property, with frontages to both Chesterton Road and Hamilton Road will be demolished and replaced by three new buildings designed by Cambridge architects, Freeland Rees Roberts.

The striking buildings will provide modern graduate accommodation for the College who will let the 14 one and two bed flats fronting Hamilton Road in the private market.

MP Real Estate acted for Clare College in evaluating options for the site, appointing and co-ordinating the delivery team and securing planning permission. 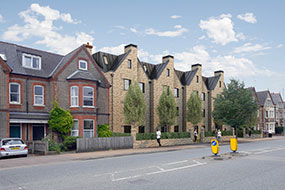 Construction begins of the new Premier Inn in Great Yarmouth

The construction of Phase 1 of The Edge Leisure Park - which includes an 81 bed Premier Inn and Beefeater restaurant – has recently started.

This will be Premier Inn’s second hotel in the area following the successful opening of their 80 bedroom hotel and Beefeater restaurant at Runham in 2014.

Outline planning permission for phases two and three of the Edge Leisure Park, which would see the additions of first an entertainment complex with restaurants, an indoor play area and a cinema built, followed by a 25,000sq/ft casino. 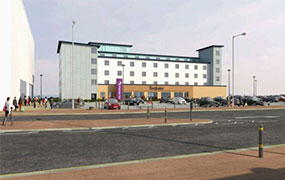 Knight Retail Park will be the first retail park in Saffron Walden and pre lets have been signed with B&M Home Store for a 22,000 sq ft unit with a garden centre, Pets at Home for a 6,000 sq ft unit and Costa for an 1,800 sq ft café. A 7,000 sq ft unit remains available to let through the sole letting agent, MP Real Estate.

The Knight Retail Park will be located adjacent to the existing Aldi store on Thaxted Road (B184) to the east of the town centre, which opened in 2016.

The site is owned by developer, Granite Developments (Saffron Walden) Ltd, who have appointed Mitchell Design & Construction as contractors. Completion is scheduled for March 2019. 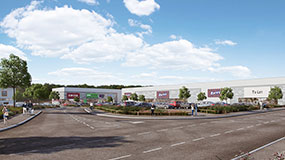 Popular plans for an Aldi in Martlesham which gathered hundreds of letters of public support have been given the go-ahead – with the store set to open in Easter 2019.

Aldi earmarked a portion of land opposite the bowling alley in Gloster Road, and submitted plans to build a 1,500 square metre store.

Formal objections were submitted by Martlesham Parish Council and Woodbridge Town Council, but despite those objections planners received more than 886 letters of support for the scheme.

Alistair Close, planning consultant for Aldi said the budget supermarket chain was "overwhelmed by the level of support" which was "almost unprecedented for a supermarket planning application".

Around 50 jobs are set to be created - the majority of which will be available locally for applications.

Following the approval, Mr Close said construction will begin in the next six months, with a target opening for Easter 2019.

A spokeswoman from the retailer added: "We are delighted to have received unanimous approval for a new Aldi store in Martlesham Heath.

"Over recent years we have been overwhelmed by the local support for Aldi and would like to thank everyone who has taken the time to let us know their views, they really did make a difference.

"We hope to progress with the store construction quickly, so we can create new jobs and welcome local people into the store as soon as possible." 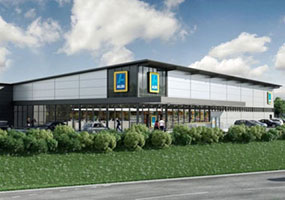 East Cambridgeshire District Council is undertaking a second phase of the project that includes a swimming and leisure centre, which will further enhance the area as a major leisure destination.